I was feeling sort of down. My rental house that, until just a few weeks ago, had been occupied by a "family" was vacant. The tenants moved back to their home country and left $16,000 worth of damage to the house. (Apparently the phrase single-family home in English doesn't translate to the same thing in other languages.)

I left early Saturday morning, just after breakfast and protests from all of my children to try my hand at some repairs. The list is long and just reviewing it makes me unsettled.

After some bone jarring gravel shoveling on the driveway to try to smooth out the ruts, I started removing all the carpet. My hands were blistered and cramped up. I could hardly open them. I was beginning to get in a really foul mood.

But then it happened.

I was getting a knife from the toolbox and when I lifted the top tray, I saw it down in the bottom. There it was, beckoning like some sort of Tool Time Excalibur. It had been hiding down there, just adding dead weight but at that moment it was clamoring to be wielded by an angry soul. 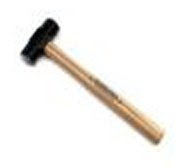 With fervor, I obliged.

First to go was the makeshift door frame they had installed to close off the family room in order to make it another bedroom. 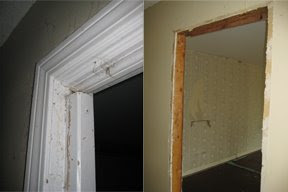 Next was the makeshift closet in the same room.

And finally, the downstairs shower, damaged by the upstairs shower being used without a curtain, was the last resister.

I came down full force on the tiles. Crack. They easily busted into dozens of pieces. It was almost too easy. Then I hit it. The big block in the center. It was solid brick covered in steel reinforced concrete. A worthy adversary.

With every blow, the block barrier gave small but satisfying results. Chips and flecks, chunks and steel mesh loosening and crumbling. The sound in the small shower enclosure was deafening.

My ears were ringing but I couldn't stop until the whole thing lay in a heap of rubble on the floor. 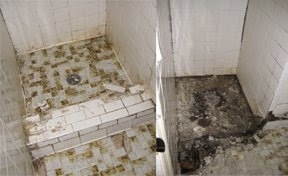 That's a small sledge hammer to be wreaking that much havoc. You must have really been angry, and swinging that thing like a madman! Hopefully you weren't thinking of me at all during your little "episode." ;)

Wes, didn't you used to call Ren "Sledge?" I thought someone had given him that nickname. Was it you?

Ol' Ren always had a knack/passion/distrubing flair for demolition work. I remember one time we were trying to figure out how to tear down a wall in one of the many basements we destoyed. We all stared at it for a minute or two, discussing what tools were needed.Suddely Ren, with his full work dress finery on, kicked a hole the wall with a violent burst of gusto. The dust cleared and we were all silent for a while. Then I remember yelling "Loafter Kick!" Because he had his wall-wrecking pennyloafers on.

I remember the Loafer Kick!!! I was actually thinking of that when I read this post.

ren this is a funny post!
when things used to get a little edgy around 832, leslie and i found it helpful to break some of the surplus mugs acquired from goodwill,etc, against mr. tiller's abandoned house wall next door.
rather fun...